What is the SIPE?
SIPE was founded on 31 December 1891 in Milan by Ferdinando Bocconi and e Bonzani S.p.A‎..
In the early 1900s, Pallotti and Osti (from Spilamberto) bought the factory, through the joint venture SIPE Nobel S.p.A., in collaboration with Dinamite (dynamite) Nobel S.A., where takes place the manufacture of nitroglycerin and ballistite. The collaboration will lead to the opening of other installations in Gallicano and Orbetello.

Nobel, reminds you a name? Exactly precisely the one who has given his name to the most desirable prize of all, THE NOBEL PRIZE. It can be said that all the money given for winning a Nobel Prize derived from explosives, including the Nobel Peace Prize (o.O)

Where is the EX-Sipe Nobel?

You can see the large area of the the industrial complex.

The EX- SIPE Nobel was a weapons factory, where over the years have been several deadly accidents for the workers, it is a real factory of death. … In case of explosion only the worker inside the metal sarcophagus died, saving others inside the shed.

Inside the Sipe,  you can see really interesting graffiti 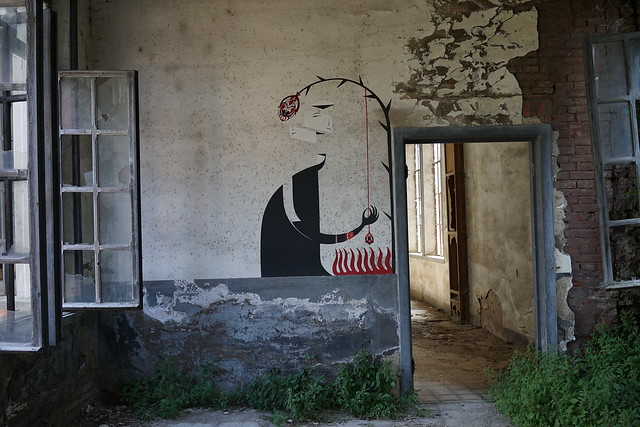 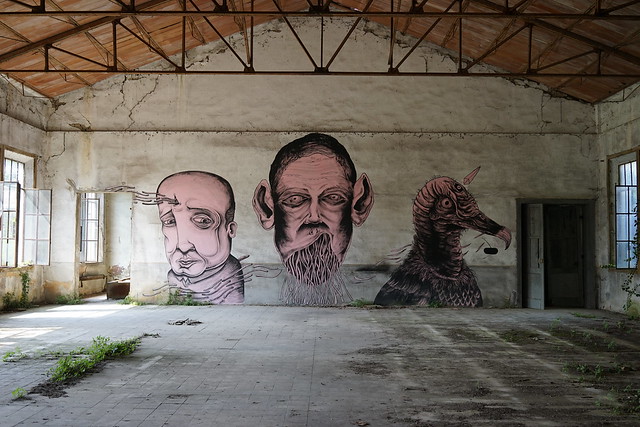 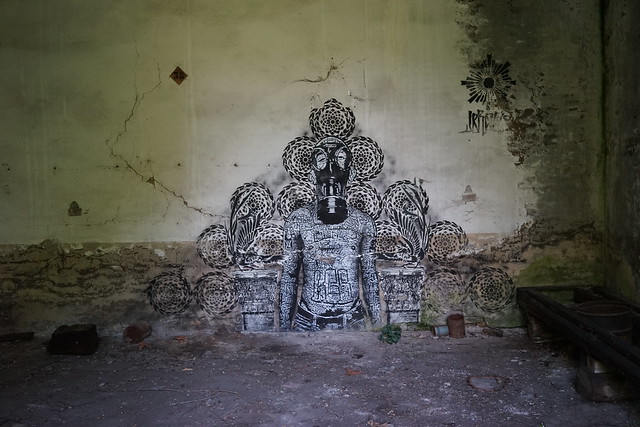 Inside the headquarters, is possible still find old administrative documents were there in memory of those who worked here.